Create an Account - Increase your productivity, customize your experience, and engage in information you care about.

On May 20, 2021 the National Oceanic Atmospheric Administration's (NOAA) Climate Prediction Center released its annual hurricane season outlook. The agency predicts that the 2021 Atlantic hurricane season will be busier than average. However, the forecasters don’t anticipate the historic level of storm activity seen in 2020’s record-breaking season, which had 30 named storms and was only the second time the list of storm names was exhausted in a season since naming began in the 1950s. 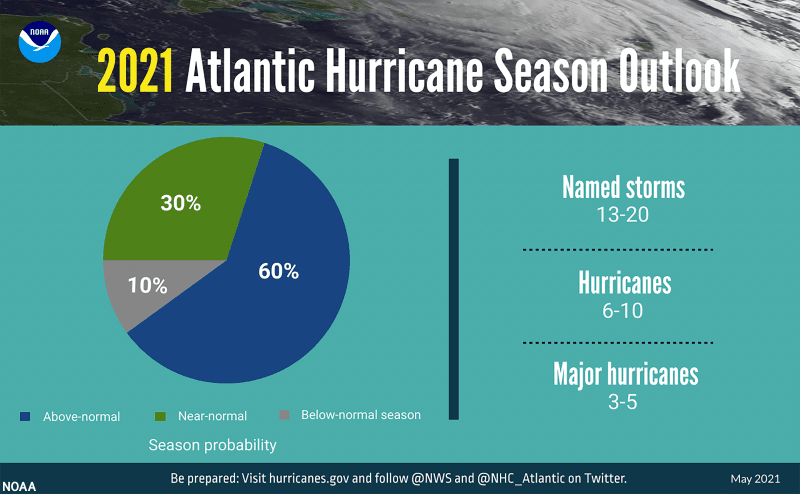 Hurricane preparedness is critically important for the 2021 hurricane season, just as it is every year.

Below, please review the South Carolina 2021 Hurricane Guide (English and Spanish provided), as well as the related resources, documents and FAQs that will better prepare you for this hurricane season.

View All
/QuickLinks.aspx
View All
/FAQ.aspx
REQUEST A REPORT